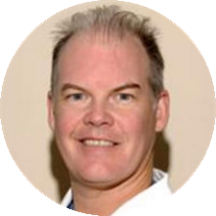 Dr. Michael was born in Miami, Florida and before attending college and medical school, he had the opportunity to live in Japan for three years and travel extensively. While English is his native language, he is fluent in Spanish and understands and speaks some Japanese. Dr. Michael received his M.D. from St Georges University. He completed his residency in Obstetrics and Gynecology at Saint Barnabas Medical Center in Livingston, New Jersey and was a Galloway Fellow at Memorial Sloan Kettering Cancer Center in New York City. He has special training in minimally invaisive surgery, advanced laparoscopy and complex pelvic surgery. Dr Michael is a Junior Fellow of the American College of Obstetrics and Gynecology and a Fellow of the International College of Surgeons. He is currently a clinical instructor and faculty member for the PA program at Barry University and Miami Dade College. He has authored numerous articles and publications ranging from obstetric emergencies to advanced cancer research topics. While completing his residency he married his wife with whom he has a wonderful daughter. Dr Michael has been in private practice at Mount Sinai Medical Center in Miami Beach for the last 12 years. He enjoys spending time with his family and he is an avid tournament and big game fisherman as well as a rescue certified scuba diver.